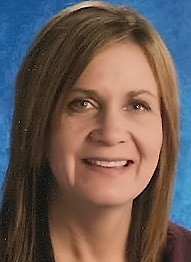 When I was a little girl, I lived on a farm outside of Independence, Oregon, where my older sister and I had many great times together playing, of all things, school. We created a mini classroom in my mother’s art studio and began perfecting skills that we relied on as classroom teachers.

I am a native of Oregon, born in Dallas on August 27, 1963, the day before Dr. Martin Luther King Jr. gave his famous speech “I Have a Dream.” I am part of the last of the baby boomer generation, the most well educated generation in history. I believe growing up in the country provided wonderful experiences to strengthen my character and develop leadership skills.

Every night until I was in high school, my mother read to me. She reads with the most wonderful expression, bringing out the best in every story. As my children grew, she continued to read aloud to them until they were in high school. To this day, I still hear from her students, those she taught while substituting after retirement, that she was their favorite reader. Her talent is spectacular and continues to contribute to student learning. It is individuals and experiences like these that have inspired me to become an administrator. I want to recognize, and provide support to, good teachers and individuals with educational talents that benefit the community’s children.

After graduating from High School, I entered college wanting to explore the world of business. Deep down I knew I wasn’t following my heart, but I continued on in business anyway. As a child, I remembered everyone telling me that I was going to be a great teacher, but, like many children, my high school and college years took me in a different direction, and as a result, I decided to study economics, receiving a bachelor’s degree from Oregon State University in 1986. After graduation, I thought I would attend law school, but the longtime desire to teach suddenly became more important, and instead of law, I decided to pursue a career in education. I received a Master of Arts in Early Childhood Education from George Fox University (GFU), and the time had come to teach!

While raising two wonderful, now grown, children, I taught at Dayton Elementary School until 2000. I was there for the millennium, which was especially meaningful to me due to the fact that my great grandfather had been the county’s school superintendent in the same school during the previous millennium. Being there, at that particular moment, made me realize just how deeply woven education and educational leadership was in me.

A new teaching opportunity for me followed in Newberg, Oregon the very next fall of 2000. I began teaching at Dundee Elementary School, the school my own children had attended. I taught there until 2007, when Newberg School District hired me as an educational leader to manage both of their Bill Gates and Federal Department of Education small school grant funds and activities associated with these funds at the districts only high school.

Prior to obtaining the high school leadership position, I had completed an Initial Administrator’s Licensure Program at GFU in 2006. I had also been asked to become a CS Lewis Academy Executive School Board Member, which I believe was a six year opportunity that allowed me to grow tremendously as an educational leader, as well as develop my passion to become a school administrator.

I am currently enrolled in a Continuing Administrator’s Licensure Program at Portland State University (PSU), which is a state requirement in order to renew my administrative license. I truly enjoy learning, so I look forward to participating in each new class. My daughter also attends PSU. She will graduate next year with a degree in Psychology. My son graduated from the University of Oregon last year, and is currently attending medical school on the east coast.

I feel that I have had an exceptionally happy career and am grateful for the enthusiasm with which my teaching and educational leadership expertise has been, and continues to be, received. Working, since 2008, at Sumpter has been wonderful. I enjoy serving Sumpter Elementary School and its mission to providing an exceptional learning experience for all.